The Weather in Budapest: Rain-Sleet-Snow with a Hint of Sludge 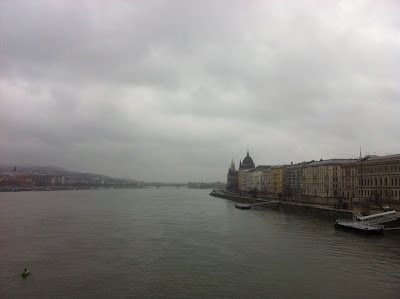 When I imagine Berlin it's always June and alternating between sun and showers in that typically unpredictable northern European way. In the Budapest of my memory, meanwhile, the temperature hovers forever around zero. The constant, lazy drizzle alternates between wet snow and icy rain. Unbroken, claustrophobically dense cloud covers the whole sky for days on end. This is the world of shifting greys that I picture in John le Carre novels. It is a picture of perfect, rain-lashed streets; of weather made for hiding in big low-lit cafes and watching the pavements outside. 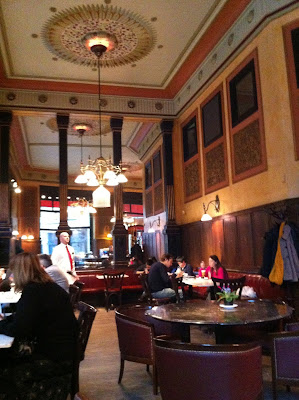 As I've said before, Budapest is a far cooler place than Prague. Imagine Berlin but more dishevelled, with a bombed out feeling, and perhaps more homeless people. So, Berlin as it might have been in 1989. This only adds to its sense of espionage; its atmosphere of hidden intrigue and trouble; the energy of the hyper-modern colliding with another, altogether more stilted world. Of course, in high summer, when hundreds of thousands of tanned, happy young people bundle onto Sziget island for its annual pop festival, this fantasy of danger couldn't be further from the truth. But this proves my point entirely: bunting and carnivals are not what I'd like to remember about Budapest.

I recall its brooding riverfront; the vast, intense sprawl of its craggy, half-restored facades; the incessant, driving rain. All this gave it the appearance of somewhere not yet fully accustomed to the attentions of outsiders. This is sort of the case: even as Hungary itself grows more typically entwined with the capitalist world, its politics is becoming more radically nationalist. It's a pattern as old as capital itself: the cultural vacuum imposed on capital's most recent entrants leads to violent reaction. Capital imposes no set of values in its wake, unlike state-planning, which does so with a manic, self-destructive energy. The result is that those who fought the old tyranny have ended up instituting a regime of even more extensive repression than the one that preceded it. 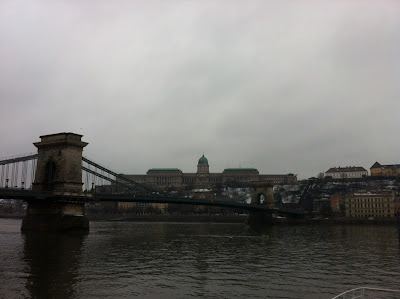 In the Hungary of Janos Kadar, who was crowbarred into power following the crushing of the 1956 uprising, travel restrictions were removed, space for free market style activities was carefully allotted, and a great deal of censorship was relaxed. Socialist Hungary was described as 'the merriest barracks in the camp'. This concealed its enormous indebtedness. As was also the case with Yugoslavia, its very openness to the world economy helped undo the precarious regime and the defeatist, narrowly consumerist social contract that underwrote it. There is less danger of that in sight today. Under the supermajority of Prime Minister Victor Orban new forms of media control have been devised, along with authoritarian adjustments to Hungary's constitution, even as the country brings in international investment. None of this has made much difference to the debt situation, even though it's made some people very rich. Dissent, both liberal and leftist, is being marginalised in a way the creaky old bureaucracy, having relinquished the reins of censorship, could no longer manage.

Those who dismiss the Orban regime as the latest in a long line of ugly, xenophobic post-communist governments - rabble-rousing populists who only momentarily challenge the forward march of liberal order - should be careful. For a start, he's no populist: the people, in any properly defined sense, can not be said to support him. He's a high Magyar elitist of the old school, and in that he owes more to Lajos Kossuth and 19th century nationalism than to skinhead thuggery, as uncomfortable as it is for many to admit. Yet his enduring, in fact tightening, hold on power, along with the success of the far right Jobbik party, attest to the rise of an unrepresentative, western-educated, and deeply nationalist elite. 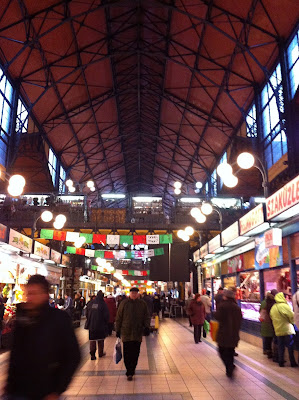 That the government does not make the country was evidenced everywhere. Daily life continued in its half-speed winter fashion. Hipsters and tourists and Roma rubbed along fine. And rain-sodden posters from big organised protests were plastered on walls. Yet a visit to Budapest's famous English style Parliament suggested the obsessive defensiveness of the Orban state. Armed guards prevented anyone from getting near it. Big signs asked tourists to stop where they were and come no closer. The whole place smacked of petty regulation and a kind of withdrawal of government power into blissful isolation. It was how I imagined things would have been for tourists before 1989.

As the rain fell on the long curl of the Pest riverfront, melting the snow and creating big mounds of sludge, we dodged the roar of traffic to get closer to the water. Tramlines sliced through the muddy river bank, separating pedestrians from the views of hilly Buda on the other side. Still, there was something alluring about it: the river was swollen and churning - a real river, the kind on which a stern, steel metropolis could be built. The massive, unadorned chain bridge lashed itself across the two shores. Boats fought the chaotic tide. Budapest felt like the awesome centre of something, whereas Prague always feels a little marginalised by its own chocolate box beauty. Here, I felt, was a place where things were happening. 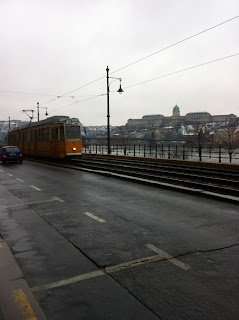 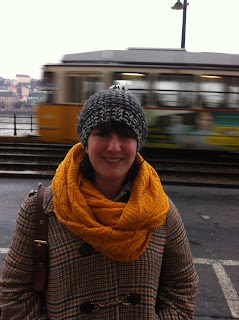 Klaus Wowereit once called Berlin "poor, but sexy". He was mayor at the time. This, for many, encapsulates Berlin's charm. It's self-deprecating, hugely talented, but somehow under-achieving. It lacks gloss. Budapest, with its pubs built into derelict buildings and its thousands of pop up art galleries, exudes a similar atmosphere. It's as if the grim, imperial splendour of the official city leaves inadvertent space for such transgressions in its own alcoves. Still, what lo-fi, indie-ish creativity there is is being quickly and smartly professionalized by an international business class who still see Hungary, and Budapest in particular, as a safe bet. Safer than, say, Poland, where everything is still creeky and risky. And more interesting than the Czech Republic, which is viewed as a sort of aspirant Switzerland. The chaos and creativity of Budapest is breeding big investment. This is no surprise, but we should recall here that opening a gallery in Budapest is very often an act of defiance, one enacted against a repressive state with oligarchic ambitions. One should not exploit such creative industriousness lightly. 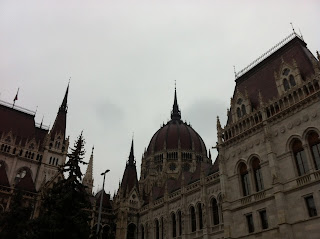 The new government's whims, legally pursuable through an unassailable supermajority further guaranteed by electoral gerrymandering and constitutional alteration, have led to absurdities every bit as remarkable as those fostered under communism. A couple of winters ago Hungary banned homelessness, making it punishable with a fine equivalent to about £400. With a population of up to 10 000 homeless people (in a city of 2 million), that's a lot of fines in Budapest alone. It's also an act of outright barbarity. Yet this law also conveys everything you need to know about the government's attitude towards its own citizens: if they are unsightly or bad for business, rapidly change the law, and pursue punitive financial action. The legitimacy conferred on government through parliamentary majority is here taken to absurd extremes. The logic assumes that 52% of the vote, on a turnout of 63%, morally guarantees the right of the government to do exactly as it pleases. A purely legal majority (in reality only 30% of the voting population) becomes a weapon for massive legal reform. Orban continues to rail against international (read: Jewish) financial capital even as he gets Hungary deeper into debt. He has introduced neoliberal style low taxes on small business even as he introduces tariffs on foreign, financial capital. Here again are the echoes of the paternalist Kossuth and the high water mark of Magyar nationalism. Ideologically, Orban is above all a nationalist. But he is by no means averse to capital insofar as it furthers his goals of chauvinist Magyar expansion. One should not assume, as the advocates of liberal order within the EU do, that there is any immediate contradiction between nationalism and the interests of capital The danger is precisely that the two will coexist quite happily.

The pathetic fallacy comes full circle then: those brooding clouds over the national parliament spell trouble ahead. But the driving rain, the city's ability to get on with it, to draw creative strength from within itself, suggests there's a fight ahead.
Posted by Adam Blanden at 03:05