Dubrovnik, Aug 2013, and Memories of Mostar 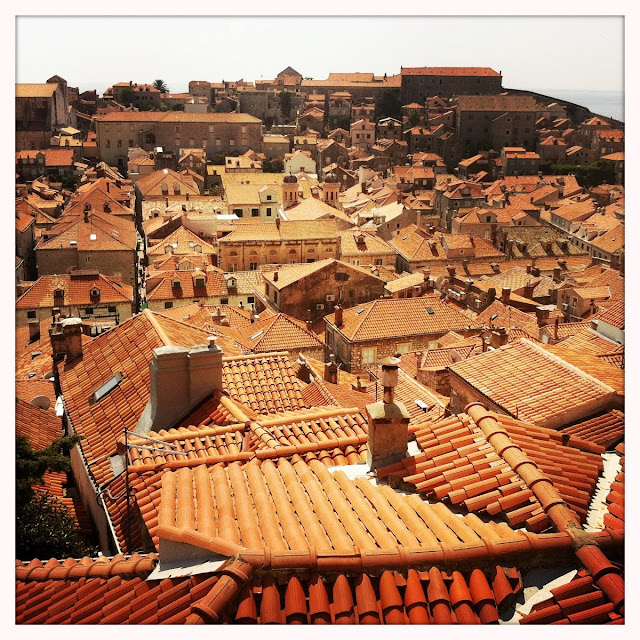 Perhaps I should preface this by saying I'm on my first proper summer holiday since we drove to Center Parcs in France about fifteen years ago. My only ever buckets and spades affair was in Tunisia, a sweltering two weeks spent flustered and dodging the heat. Disappointed with the general malaise and discomfort the sun inflicted on Tunis, I stuck to either the pool or the hotel room. The congested beaches I gave a miss.

The sun was always something of an unknown quantity in our family, at once rarely sighted, unpredictable and vicious. These in concert led to awful anxiety and obsessive over preparedness. I once met a (decidedly modest, British) heatwave with the exasperated cry, "Well, this is how the Sahara started." 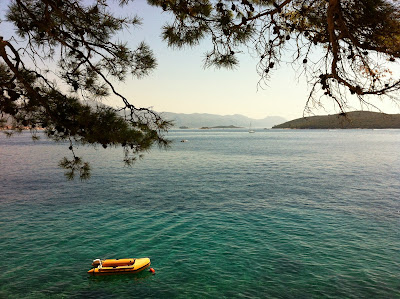 So arriving in Dubrovnik, stepping off an aggressively, eye-itchingly air conditioned coach, I was likewise unimpressed. It is an experience I would liken to being punched repeatedly in the face by a scolding bath. No wonder nobody here seems to do anything - at least none of the men do. They sit in cafes half-reading the tabloids, occasionally mustering the energy to smoke a fag. Meanwhile Brits lie incapacitated on deckchairs. Italians - almost totally at home - do their endless standing up chatting.

No such indolence for us. Siobhan's tactical approach to holidays is at once simple and brutally effective: march through as many activities as you can. Actually, as we're doing this on a tatty, threadbare shoestring of a budget, this mostly entails just marching - from one sight to the next. 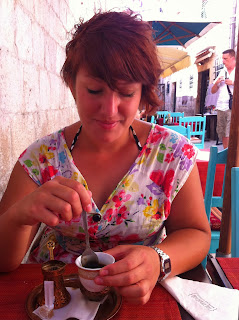 Still, there are worse places to be broke and on holiday. A compact Baroque maze (like one of those round plastic games you have to tip up and down to get a little metal ball around), Dubrovnik's Old Town carries off its swamp of tourists with surprising panache. Its warren of alleys siphons off the worst of the foot-traffic, sequestering pedestrians in a hidden world of white stone rivulets and jumbled roof tiling.

On our first visit we scale the City Walls, Siobhan noting - at regular intervals - that this very place was where Games of Thrones was filmed.
'Just imagine,' she says, 'Eddard Stark walked through here.'
'Which scene was that?' I ask, peering over the high ridge of the Pile Gate.
'No, just imagine it. Geoffrey looked out from the Red Keep here, over this view.'
'So this bit was in the series?' I ask, pointing at a nearby house.
'I don't know if that particular house was in it. But this is where they filmed it...'
'Which series...?'
And so on, me persistently literal and failing really to imagine anything at all; Siobhan undeterred in her marvelling.

Partly on the promise of air conditioning we march over to the baldly titled War Photo Limited, which - despite its title - is a permanent exhibition of photography taken mostly during the Yugoslav Wars of the 1990s. It combines this section with other, temporary exhibitions - on this occasion Cedric Gerbanhayo's excellent and shocking coverage of South Sudan. The pro-Croat (or more precisely anti-Serb) bias of the permanent exhibition was more than offset by Wade Goddard's pictures of Mostar (the capital of Herzegovina).

Giving ample time to both the peculiar Bosniak-Croat alliance against Serbia and the subsequent bombardment and siege of the city by Croat nationalists (supported by the main Croatian military) in 1993, Enclave reproduces the struggle of daily life in the war-torn city. Moments of high drama (one UNICEF volunteer is shot trying to rescue a fatally injured civilian from sniper fire; she lies in a shallow gutter, one eye visible and staring into the sky, anticipating the next shot) are interspersed with snapshots of apparently everyday domesticity. These are of two orders: the first shows an ordinary activity taking place in extraordinary surroundings (a woman calmly making coffee in a devastated apartment); the second elevates ordinary settings by punctuating them with extraordinary details (a young man smoking in his apartment, tobacco paraphernalia strewn around him - and amongst it a gun). We walked around it pointing out the burnt bones of structures we had seen ourselves just two years earlier. The sight of the collapsed Old Bridge remains a truly devastating sight.


This is representative enough, and it's fair to say any war exhibition's job should be to be honest. But the permanent exhibition still participates in that familiar, troubling competition for victim status that characterizes relations between ex-Yugoslav states. Though the "apartheid" of Kosovar Albanians, and Milosevic-instigated ethnic cleansing, are rightly collected in the catalogue of sufferings, no mention is made of the contemporaneous bombing by NATO of Belgrade - a grotesque and strategically useless intervention which cost civilian lives. As much as anything, there is pragmatism here: funding priorities need to be considered after all. But there's still more than a touch of anger involved.

In Croatia there is still a calculated refusal to flatter Serbs with the halo of victimhood. By resorting to an active politics of victimhood, Balkan and ex-Yugoslav states risk elevating national majorities to the level of martyrs, inspiring further vicious nationalism in future.
Posted by Adam Blanden at 01:56