"The No Bullshit Approach": Orban and Authoritarianism in Hungary 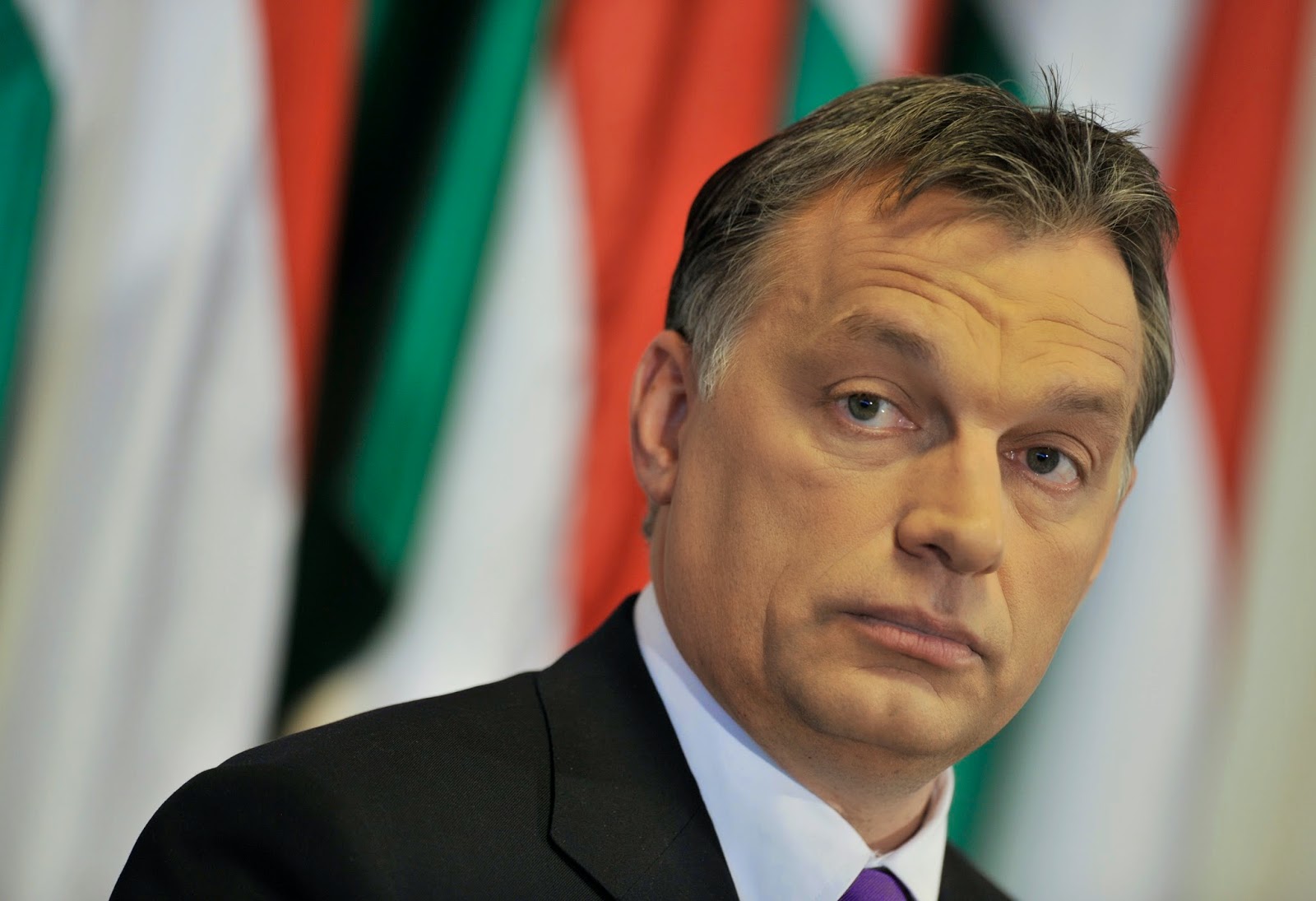 "As I get older [he is still only 50], I tend to be more sceptical. Values are more important than money. National sovereignty is more and more important in my mind. The question 'Who is governing us?' is the key question."

Viktor Orban came to power in 2010 promising liberal reforms and firm western-oriented stewardship of the Hungarian economy, with perhaps a few crumbs thrown towards his supporters on the Hungarian nationalist Right. Since then the steady din of European Union condemnation has been unrelenting. Despite various moves to liberalise the economy, Fidesz has been messily authoritarian, suppressing dissent and restricting media freedom. Such are the tensions and limitations of Orban's electoral success: an angry electorate, high on old school Magyar nationalism, demands significant improvements in their welfare. EU macro-policy, however, is too inflexible to allow any significant growth in government expenditure. The comfortable synthesis of national sovereignty and EU-financed prosperity that Orban anticipated has evaporated. What remains is an increasingly reactionary nationalism caught in a financial sinking-hole out of which it can find no means of escape.

It is by no means exceptional to find a former anti-communist dissident in power in Eastern Europe tacking to the Right. More interesting is the fact that Orban and his Fidesz party rule over a more economically centralising and politically authoritarian regime than their Communist predecessors. Orban denounces the EU while depending on its largesse (precisely $42 billion from the next seven-year budget). Decades of mass consumerism, always debt-financed, meant capital markets failed to wow Hungarians after the collapse of the old regime. Orban's rise to power, then, was closely related to a growing weariness with liberalism and its associated internationalism. Less a reactionary force in the mould of the west's Eurosceptic Far Right than old fashioned national conservatives, Fidesz's closest predecessors are the Magyar nationalists of the Dual Monarchy.

Though that tradition is deeply cemented in the Hungarian psyche, in personal appeal Orban reflects a certain international zeitgeist, the possessor of a no bullshit, tough guy approach whose generic tropes are manifest in a whole sweep of global leaders, normally burly, hectoring and claiming the "common touch" - from Putin to Sarkozy to Bush. However, Orban's closest resemblance is to Turkey's Recep Tayyip Erogan, whose steadfast electoral coalition is mutatis mutandis very much the image Orban's own. What is most innovative in both the approaches of Turkey's AKP and Hungary's Fidesz is their wielding of a tight bond between peasants, entrepreneurs, and the devout at the ballot box. Though forged in very different contexts, both had the advantage of capitalising on their respective countries' adaptation to membership of the capitalist semi-core. The authoritarian streak is common to both, as is the taste for favourably adapted electoral systems. On just over 44% of the vote in 2014, Fidesz took 133 of 199 seats in the Hungarian parliament. The Left coalition was smashed. Jobbik, on the Far Right, experienced no squeeze, increasing its result to over 20%. A long reign of the Right seems unavoidable in such conditions. By all accounts, the Left is rudderless.

Charles Gati has complained in the Washington Post that no European leader since Napoleon had changed his spots more often than Orban. This backhanded flattery aside, there is more than a whiff of disappointment among western political commentators about Orban's apparent flightiness. More relevant than the Corsican for Orban is the fate of another likeminded turbo-president, this one more recent. At the time of his election, Nicholas Sarkozy was meant to bring market liberalisation and a slimmed down state and welfare receipts to the French economy, finally accepting the country's special-but-subordinate role in European politics. In the event he did none of them, resorting to nationalist hand-wringing, promoting industrial champions, and even practising a bit of religion, though just for the regions. Orban's trajectory has been no less earthward in this sense. Starting out as a liberaliser he has quickly fallen back on long-term Hungarian political tropes, chief among them its victim status. This Oxford alumnus and admirer of such sceptical Anglo-Saxons as John Locke and Margaret Thatcher would have liked to plant the seeds of a liberal renaissance at home. Electoral coalitions, as well as his own dislike of dissent, would have it otherwise.

At once conservative and nationalist, Fidesz's base imposes a caricature of earlier Magyar national struggles upon it. In 1848 the great Magyar nationalist Lajos Kossuth could no more hold the young nation together under the weight of European revolution than could Metternich, whose overthrow meant the transformation of the old order. Kossuth was ultimately undone by the external contradictions of imperial confrontation and the internal contradictions of a nascent ethnic nationalism. Orban has much the same difficulty, though in less combustible circumstances. Groping towards a more stable, less truculent electoral coalition will take real changes not to the relative international standing of Hungary but to the welfare of its still poor population. Orban can grandstand over the former; he can do nothing but remain silent (in light of a flat tax rate of 16% and wage suppression to promote exports) about the latter.

Where reality has no doubt failed Orban's ambitions most is in the bile of the western media. This may ultimately have less to do with his authoritarian tendencies - which are dissected on a near daily basis in American and European papers - than his courting of Russia. Indeed, so long as Erdogan danced to the EU's tune on trade relations and NATO's on US military operations, he was free to deploy all manner of coercive and Islamist policies on the secular opposition. Orban's greatest misstep might be buried in the very tactics that have won him two elections. By tacking too far to the right he risks isolation from the moderate international consensus he once represented. Yet to retain his majority - declining even in the face of tight media controls and a massaged electoral system - Orban cannot risk ditching his Magyar chauvinism. Without it he is indistinguishable from the spineless Centre Left and the technocrats he rails against.
Posted by Adam Blanden at 03:26