I was already in her bad books because - decapitated fowl that I am - I bought everything wrong at the airport. 'Insect repellent,' she said by way of instruction. Blind with panic (our plane departing in fifteen minutes) I grabbed a bottle with an insect on it, which - my gamble inevitably not paying off - turned out to be factor 50 sun tan lotion. Incidentally don't ever use factor 50 sun tan lotion unless you're a very pale two year old or in close proximity to the sun. More like powdered chalk than any lotion in texture, it leaves a crusty residue on anything it comes into contact with.

Thus marinated and shoved into a life-jacket I gamely fall-climb-splash my way into a kayak in a bay somewhere outside Dubrovnik's Old Town. Our guide - in name alone, as we'll see - is a topless fifteen year old called Stepan. 'Everything ok?' he asks. 'Not really,' comes my reply. Siobhan calls words of encouragement from her front-seat as we thrust out the placid bay and onto the high seas.

Stepan, it quickly becomes apparent, would much rather be with his friends than in a kayak with us. They sit jeering him heartily from a beach bar which, our flyer swears, will give us free wine on our safe return. That promise disappears with Stepan, who quickly paddles out to sea in just the manner of a young man in great need of a drink. Then he sort of passively refuses to come back. Stepan's distance, it turns out, makes little practical difference, as he doesn't speak much English and prefers to mumble that little he does know. All of which would be fine were we not promised a guided sunset tour. 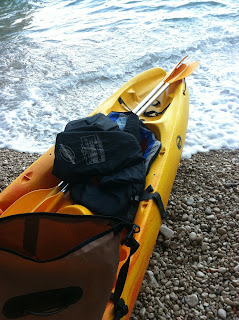 We make great time past the protruding outcrop of the Old Town and plough headlong into water I can only describe as choppy. Siobhan refutes that description, preferring bumpy or wavy, but the difference is semantic. We are thrown aggressively around and, worse, knocked solidly off course. The nose of our kayak turns determinedly away from the island we are circling and out towards a vast, roaring emptiness of sea. It then remains stubbornly resistant to the pleas of our oars. As Stepan finally vanishes I see nothing but great, looming waves ahead forever. "It's too strong!" I blather like a doomed, useless deckhand in a Hollywood film. "We can't make it!" Siobhan - until now the model of reassurance - tells me to shut up and row, row, row my boat, neither of which I manage. Instead, realizing I suffer from an acute fear of open spaces, I shout for help to absolutely no effect.

At last Stepan pops up on the crest of a distant wave and points in the proper direction. This strikes me as rather like giving a choking man instruction on how to chew. Thanks largely to Siobhan we follow that finger, she calling instructions like the slave-drivers of old. "Row-row-row. Right-right-right!"

The island we've been trying to orbit rises up in front of us like a solid Jupiter, an emphatic, rocky congratulations for surviving. Stepan looks bemused. And on top of the rocks, like a flock of gulls, naked men look down at us, like prophets, their beards tugged by the sea breeze. We have arrived at the island's nudist beach, and I have never been so relieved to see so much bare middle-age.

Stepan tells us it's too windy to go on the island (clearly not true) but says he wants to show us a cave. Like bats, Stepan likes caves. He haunts this one silently while Siobhan and I stand bored in the water. 'Where are our sandwiches?' we ask ourselves. 'We were promised sandwiches.'

Another band of kayakers is in the same cave. They have snorkel gear and greedily scoff free bananas and the tour guide takes them out to the shallows to give them a quick lesson in how to row (none of which we got). 'We won't go out round the island this evening because, as you can see, the water's a bit too choppy,' the other tour guide says. I shoot Siobhan a look of vindication.

'Ready?' Stepan asks.
'Not really,' I say, repeating my graceless tumble into the kayak before nearly capsizing the thing on the back of a wave.

We push out to sea, this time in the direction of the Old Town, behind which the sun is just disappearing. One thing advertised is true: it is indeed a sunset tour. As the waves blacken around us, the light splintering over Baroque silhouettes, I feel a growing camaraderie with Stepan. The waves roll higher beneath us, smashing on the rocks and blowing back, but this time we are going the right way.

'This is where TV show Game of Thrones was filmed,' Stepan calls chummily.
'We know,' comes the reply. 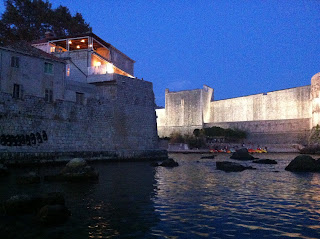 We pull surprisingly skilfully into the same bay we started at. Giddy with relief I ask, 'How about that wine?' Stepan, leagues ahead, has hopped out of his kayak and is well on his way to the bar. He waves me goodbye, terse to the end.

Undeterred I walk over to the kayak's guardsman - as close as I can find to a ringleader - who's propped sulkily up against the wall like a collapsed balloon. 'It says we get free wine,' I say, pointing to my flyer. He stutters over the cigarette in his mouth. A beach bum in Hawaiian shorts, standing over the guardsman's shoulder, barks something crossly at us. Guardsman shrugs, 'Groups only for that.' I look over at Siobhan and suppose in their eyes we aren't a group - though you could make a case that this distinction too is only semantic.

Group or not, Siobhan and I buy our own - the cheapest, fizziest bottle we can find - the glow-in-the-dark contents of which we pour into plastic cups on a nearby jetty in the last of the dusk light. Across the bay the kayakers we saw earlier are partying, popping free bubbly into the sea, which jostles playfully below them. Not to be outdone we sit until well after dark in the rippling shallows below the Old Town. 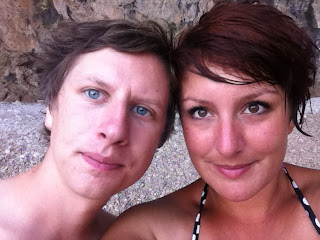