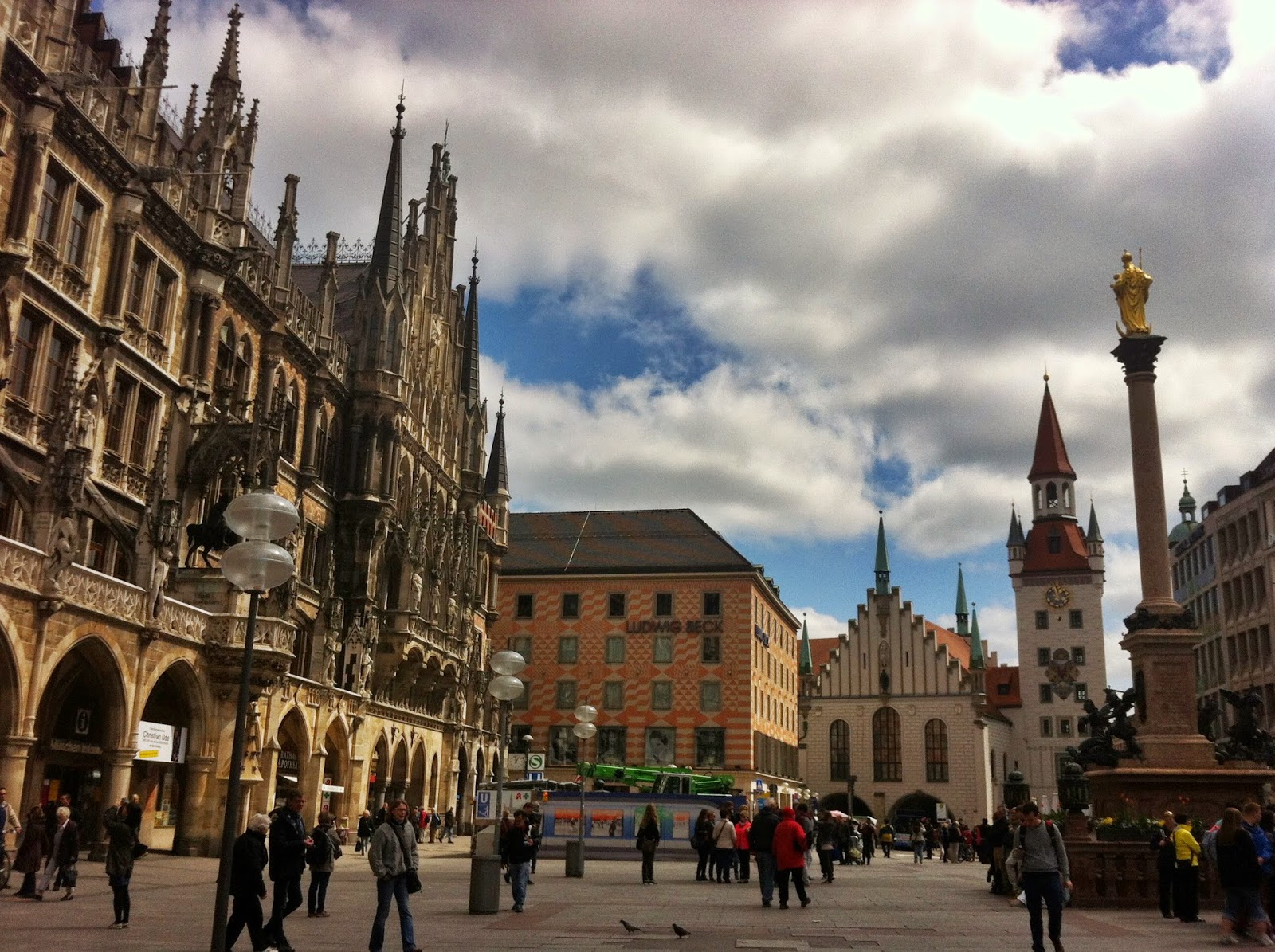 One approaches Munich with loaded ambivalence. After all, its star attraction is a jolly annual piss up, a kind of binge-drinker's Disneyland, which dominates the schedules of stag-dos the world over. In its spare time, however, this quietly dazzling metropole has become one of capitalism's greatest success stories. Beneath the jocular Gemütlichkeit displayed on its sleepy boulevards works a fierce, battle-ready complex of institutions promoting a truly solid culture of capitalist innovation. Indeed there is something pleasingly solid about Munich - from its weighty cuisine to its rather heavy-set men and the grand, squat halls the city authorities congregate in. Even its most recognisable landmark, the Frauenkirche, pumps its twinned towers into the air like two plump, celebratory fists. Everything exudes an attitude of satiated good health, a kind of post-masticatory glow. Yet the world of Hefeweizen and pork cutlets is not the first thing to come to mind when one pictures the cultural tropes of economic innovation. From what recesses does this dynamism spring? 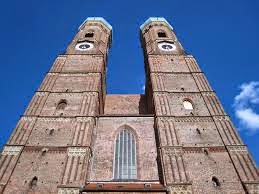 The answer has something to do with Bavaria's insatiable rulers, a group composed of researchers, enlightened mandarins, and a local investment class alert to its Bildungsburgertum mission. Solidly Bavarian though its rulers mights be, one of its crucial characteristics most certainly sprang from the knotty Germanic Heimat: a historical self-awareness that manifests itself not in UKIP-style jingoist spluttering but in a keen ability to adapt to change and always come out on top. Combine this with a typically thorough mandarin culture - whose job it is to sublimate capital's appetites into a manageable routine of spectacle and grandeur - and you have an unarguable recipe for success. Through various remixes of its industrial base, things just keep getting better for the bullish Bavarian ruling class.

More startling than economic success is Munich's buried legacy of radicalism. Hard to believe, mooching about the city's royal avenues and shopping passages, that there was briefly a Bavarian Soviet Republic, declared after the end of World War One. This tantalising entree of German social revolution briefly had Bolsheviks believing their own prophecies about the irresistible spread of insurrection. Germany was always considered the grand prize and key state to be won in the battle for Permanent Revolution. Here was floundering evidence of its birth pangs. But even in its short life the Republic was not gaffe-free. The Deputy for Foreign Affairs declared war on - of all places - Switzerland for not sending the Bavarians enough tractors. The usual murders were carried out, apparently on Lenin's advice. Still, given the utter chaos elsewhere, housing the homeless and redistributing food supplies look like pretty impressive achievements.

The Soviet Republic's demise was enforced by a rallying ruling class who, for the first but by no means last time, enlisted ultra-nationalist militias in their cause. Among them was the infamous Freikorps who had already by 1919 debuted that arcane, Oriental symbol, the Swastika, on their uniforms. As they say, behind every Fascism is a failed socialist revolution. Rapid war-time industrialisation, combined with mass food shortages and even starvation, produced Munich's most tumultuous era of class struggle. But with the demise of Bavarian radicalism and the precarious hegemony of Weimar liberalism, space would be created for the Nazis' rise. Bavaria was, in the end, Nazism's incubator and bedrock. 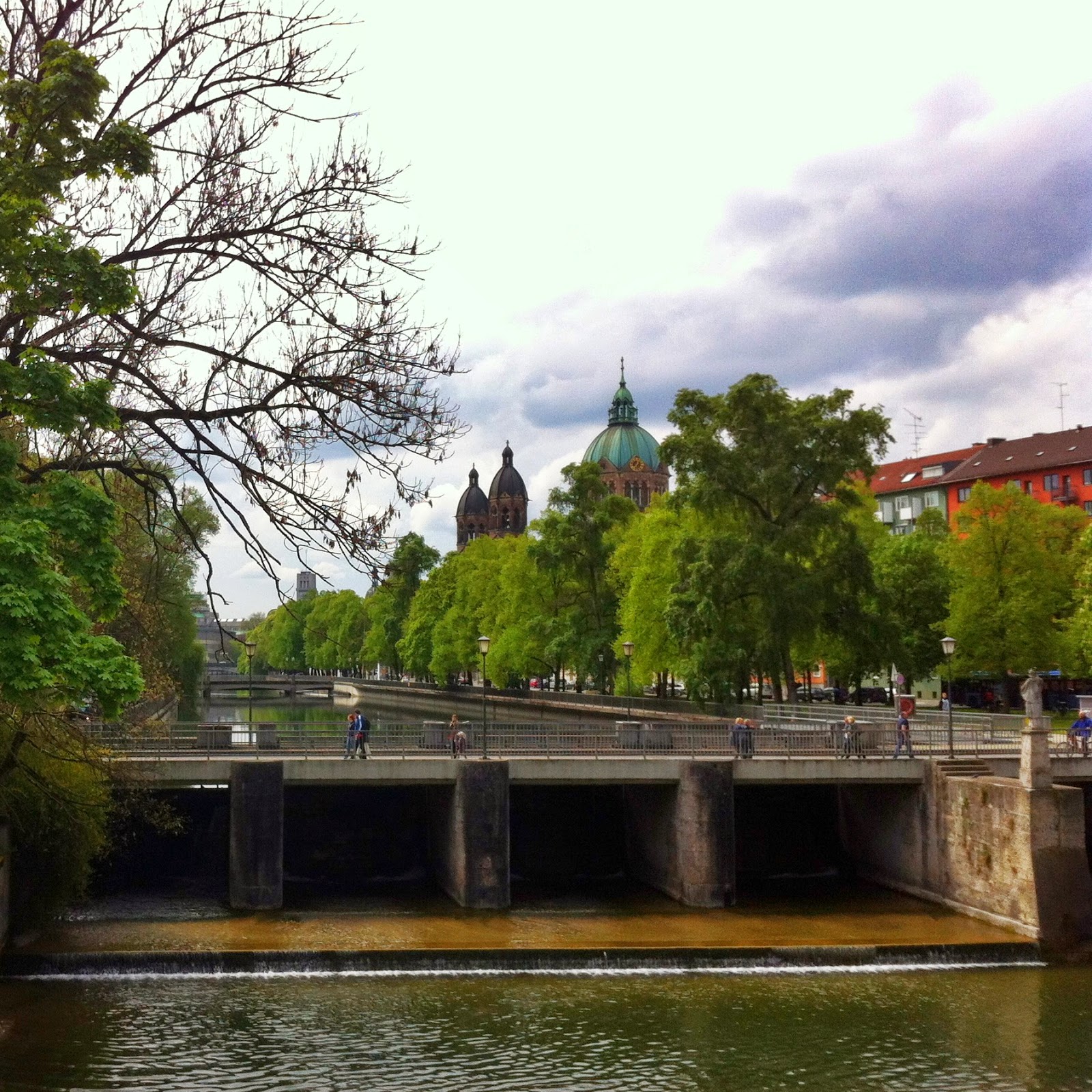 Munich's, and by extension Bavaria's, contemporary eminence is partly the result of its uneven inclusion in the German industrial machine and partly the state's good fortune. It landed on the American side of the immediate postwar carve up and became host to a landslide of skilled eastern European refugees. Its delayed incorporation into German capitalism meant that it was perfectly poised to benefit from the postwar Wirtschaftswunder that took hold of the West's redeveloping economy. Bavaria was instrumental in capital's postwar achievements in Germany, an intensive zone of growth to which capital could relocate as the old, creaky industries of the Ruhr declined. Karl Marx might have labelled this the "annihilation of space through time", saving capital from its own ossification and driving it into new, innovative terrains.

One shocker about Munich, however, is its U-Bahn. Given the city's reputation for technical elegance, I had anticipated stepping inside an ululating, cylindrical womb, an unworldly, sterile calm issuing from its artificially regulated atmosphere. Sort of like being inside the brain of Hal, the computer from 2001, at least before it starts reaching for the lasers. Yet here it rolled up more tugboat than spacecraft, clanking laboriously to a halt and hissing expectantly at our toes. If it ain't broke, why fix it? Not an apothegm I had expected to cast light on the Munich metro. Truer for the state as a whole would be: even if it ain't broke, remix it. Vorsprung durch remix, I thought to myself as I strolled through the various perspex confections of postmodern consumerism artificially implanted in the city's neoclassical avenues. But then, this damaged metro with its grouchy cargo of labourers and old women, the windows strewn with graffiti, and the upholstery a rather insalubrious 1970s beige, could work as a metaphor for the two faces of the city itself. 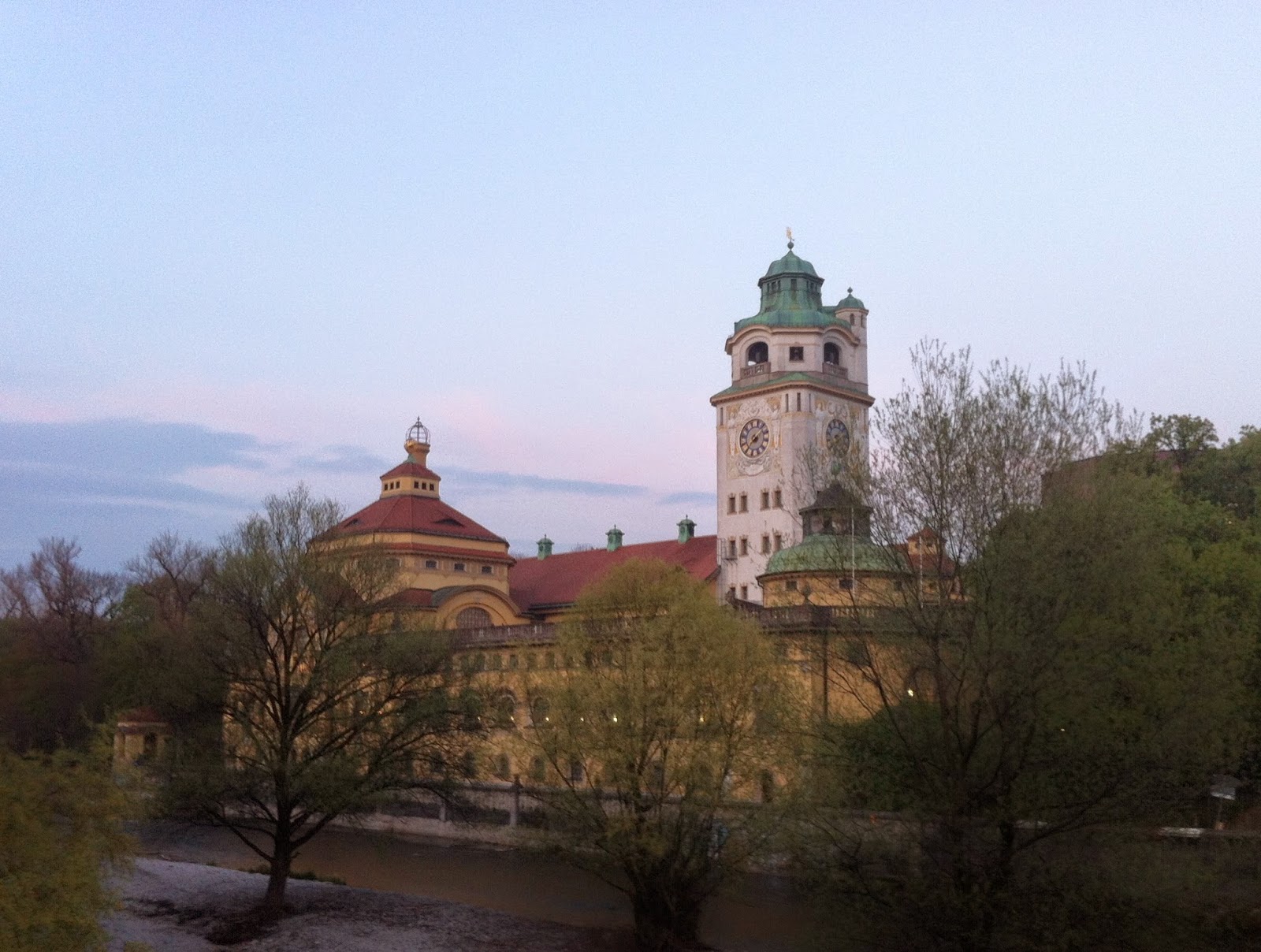 Munich is home to one of the most skilled, professional and over-achieving coordinator classes in the world. The famous Munich mix of research institutions, public funding and a vast array of services and high-tech manufactures makes the city the envy of the world. Yet precedent suggests capital's tendency to move on to pastures new, having exhausted a region's potential for profitability. What keeps it in Munich? Capital fails to ditch Munich for the same reasons it cannot ditch London: the city's innovative potential is limitless; the state's power to incentivise capitalist activity irresistible (though the British capital is markedly more interested in speculative financial flows). Yet this success can only be reproduced indefinitely if the cushion supporting German profits - the moribund European market for investment and trade - sputters back to life. If this doesn't happen soon, and there is a decline in the EU's power to compensate for market collapses, capital will be forced to move on no matter what Munich's economy remixes next. 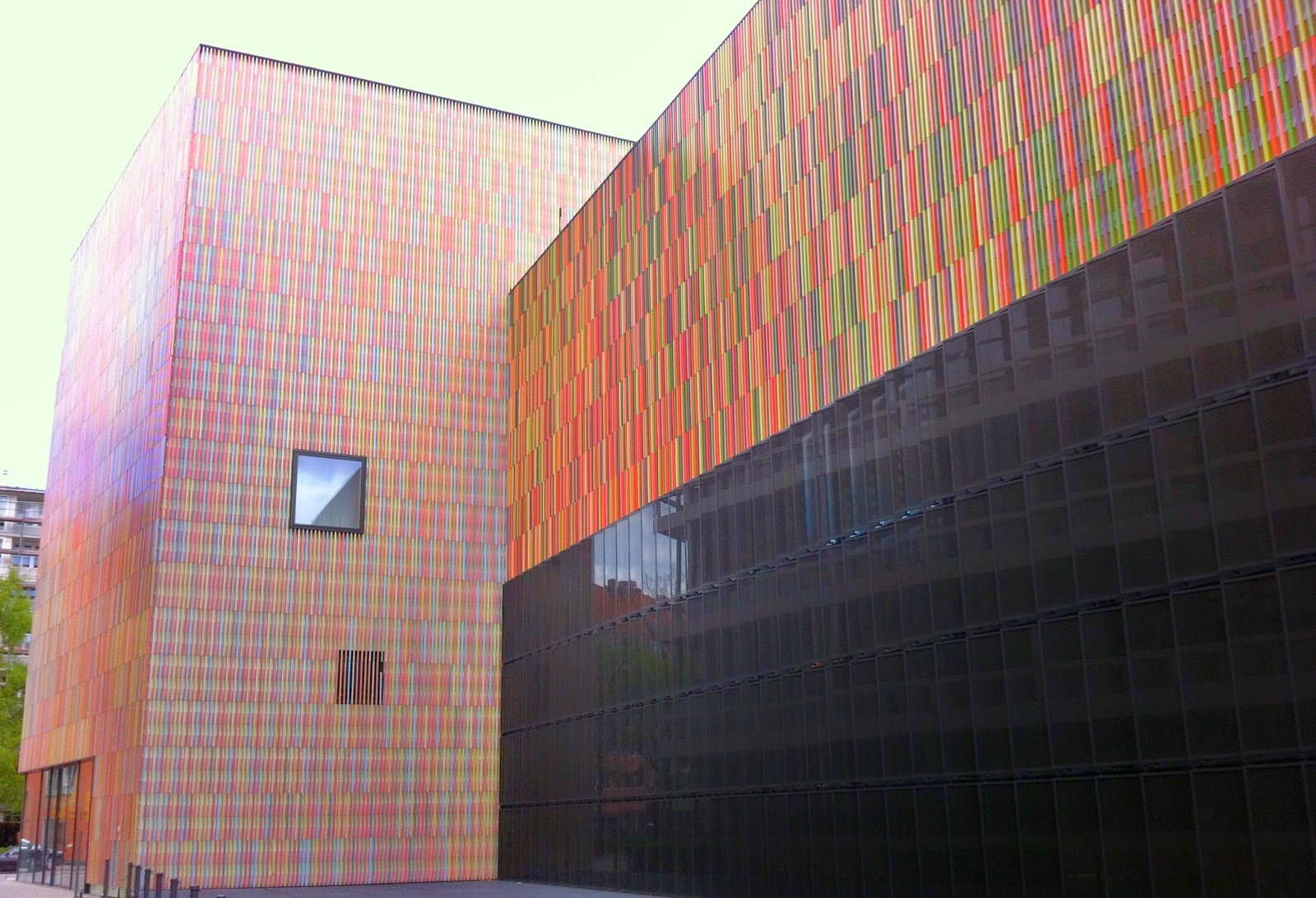 There are no such conflicts visible in Munich's centre, which exudes enviable charm and a uniquely Bavarian self-confidence. That latter trait is most in evidence in the city's royal avenues, which stretch out in faultless grandeur around the old town. All the clustered symbols of Bavarian monarchical history, however obscure, unfurl along them. A rather ill maintained Bismarck idles under a leafy canopy near the Deutsches Museum on a bend in the Isar River, while the altogether less world-straddling Ludwig I von Bayern gets pride of place on Odeonsplatz. Bavarians are understandably choosy about what in their history gets officially celebrated. Yet there is a second, buried history - malingering beneath the perfect fetish-object of the city's surfaces - which the frozen past of the statues effaces.

It was on Odeonsplatz in 1923 that Hitler's first stab at power - the ill-fated Beer Hall Putsch - was repudiated at gunpoint. His amatuerishness was not to last. By all accounts, the beer halls cultivated more than just dreamers. In fact they produced a whole brace of professional revolutionaries. It was in Munich's beer halls that, according to many interpreters, Hitler got his political education. Much as the beer halls and the squares contain a trace of their chaotic history, so a seed of the labour of past generations is splashed across the city's confident facades. The chaotic history of capitalist uneven geographical development emits a telluric pulse from beneath the cobbled pavements. It is this uneven development which is contained today by Munich's innovative mix. Yet even as Bavaria basks in its tech driven miracle, those past tensions have not yet been resolved, only displaced.
Posted by Adam Blanden at 02:53